Damien took part in a Q&A at the BFI panel event ‘Cool Gothic and the New Vampire’ part of GOTHIC: The Dark Heart of Film at the BFI on 4th November, alongside Being Human creator Toby Whithouse. Anthony Head (Buffy), Lily Loveless (The Fades), Dominic Mitchell (In the Flesh) and Farren Blackburn (The Fades).

The panel of actors, writers and directors discuss the transition of old school gothic into modern film and tv, with Damien and Toby offering unique insight into the making of Being Human and portrayal of over 500 year old vampire Hal, who Damien played for 2 series of the show.

We promised you video footage of the event and with huge thanks to the BFI, here it is! 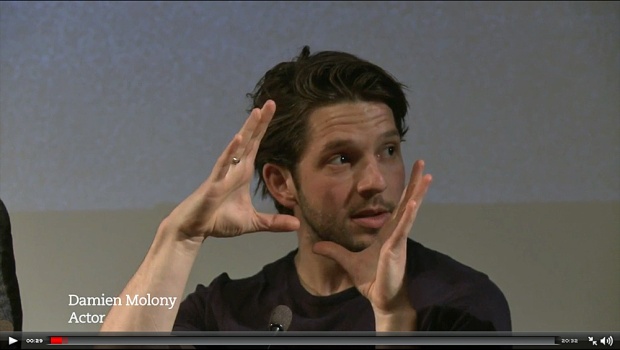 Check out more from Damien and Toby at BFI here

To discuss this footage with other fans, click here!