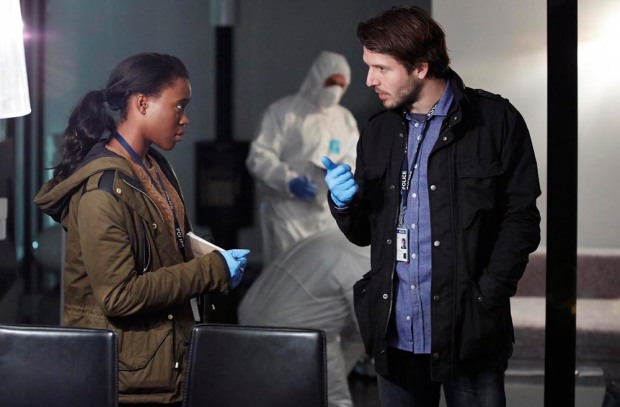 Innovative and immersive crime drama Suspects has not shied away from powerful storylines with provocative subject matters thus far, and tonight’s instalment is no exception when the London based detective team investigate a euthanasia attempt on a terminally ill cancer patient. Once again, through the unique format and fly-on-the-wall camera lens, we become armchair detectives journeying right beside them on this week’s case.
Was it an attempted mercy killing? an assisted suicide? Or something else entirely? Who had the motive and who committed this weeks crime?

Check out the synopsis and preview clip below.

As Jack and Charlie arrive at the home of Terence Holland, a former investment banker, the paramedics are about to transfer him to hospital. The terminally ill cancer patient is unconscious, and it appears that the founder of Euthanasia Action UK may have found someone to help him to die. There is no sign of a forced entry. Luckily he was found in time and should survive.
The alarm was raised by Holland’s private GP, Dr Melanie Standish. She tells the detectives that she had intended to visit him earlier, but went for a walk when she heard raised voices. She presumed that his estranged wife Henrietta was with him. When she returned and got no reply, she called for help.
During a search of the apartment, Henrietta (Rebecca Johnson, ‘The Trip’, ‘Casualty 1906-9’) is found fast asleep in the spare room. Later, she explains that she and Terence had decided to give their marriage another try. She had not argued with him, nor had she given him any morphine or any of her sleeping pills that were found in his bloodstream.
When an examination of the mug found in Holland’s kitchen indicates that it had been wiped clean of fingerprints and the residue at the bottom indicates that that was how the sleeping pills were administered, Martha concludes, “It’s looking like attempted murder.”
Although Henrietta seems to be the obvious culprit, Charlie looks into Holland’s relatives – brother Matt and his wife Jess – and Jack follows up his hunch that money may be the motive…

Catch up with Suspects Episodes 1, 2 and 3 on Channel 5 Demand

To discuss this episode and vote in our POLL after, click here

Cracking the case and the sass factor: Suspects Episode 2 review