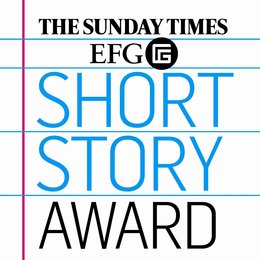 Sunday Times EFG and Foyles live tweeted during the event:

We're back at @Foyles for the 2nd night of #STEFG @ShortStoryAward readings. It's going to be another grand evening. http://t.co/YwYHpVT93l

'I was making him sort my records on account of his losing a bet that the Bee Gees were girls.' @damienmolony sets the tone perfectly.

First lines
‘In the summer of 1987, I was seventeen and Wolf was six, and I was making him sort my records on account of his losing a bet that the Bee Gees were girls. We were listening to Pink Floyd.’

Story Synopsis
In a small Idaho town, a man remembers his autistic step-brother. This story evokes the sense of the decaying community in which its characters live and the claustrophobia and suffocation of unfulfilled lives.

Tonight’s was the second event of the week casted and directed by WordTheatre where the 6 shortlisted works were read by actors. Also performing tonight were Lesley Manville (Ghosts), Tom McKay (The White Queen) and Emma Hamilton (RSC: Richard II).

Below is full lineup of shortlisted works and actors for the 2 days:

Anwar Gets Everything by Tahmima Anam, read by Kulvinder Ghir

The Shoe King of Shanghai by Jonathan Tel, read by Lesley Manville

The winner of the Sunday Times EFG Short Story Award 2014 will be announced tomorrow, the first prize is £30,000 with five runners-up prizes of £1,000.

To comment and discuss Damien’s performance at the EFG Short Story Awards with other fans, click here

← Damien Molony, Fay Ripley, Clare-Hope Ashitey to return for Series 2 and 3 of ‘SUSPECTS’
Damien Molony to appear in ‘Kill Your Friends’ film →