VOTE for SUSPECTS and RIPPER STREET in 2014 TV Choice Awards! 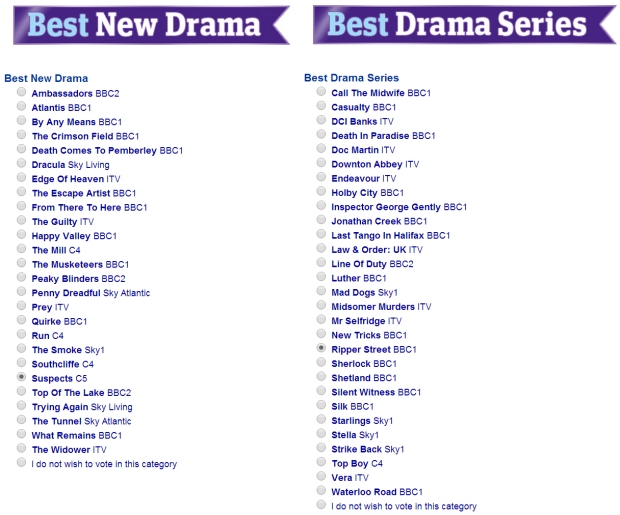 Premiering as Channel 5’s brand new cop show in February this year, with a fresh, innovative format and dialogue improvised by the actors, Suspects is ‘new drama’ in every sense and uniquely deserves to be represented in this category.

Axed by the BBC at the end of its second series, Ripper Street is now filming for a third, after fan action and public support led to its revival by Amazon Prime. The Victorian drama also received well earned recognition recently winning a TV Craft BAFTA for Production design and The Ivor Novello Award for best soundtrack.