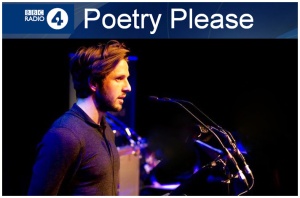 Damien is to read the poems of William Butler Yeats on BBC Radio 4 programme Poetry Please, on Sunday 31 August. Show producer Sally Heaven and Damien posted the following on their Twitter pages after recording for the readings in Bristol on Friday.

William Butler Yeats was a late 19th/early 20th century Nobel Prize winning Irish dramatist, author and poet, a key figure in the history of literature, with a prolific and enduring body of work. Damien will be reading a selection of his poems previously requested by listeners.

With a wide-ranging career including theatre, television and radio, this will be Damien’s fourth appearance on BBC Radio 4, having previously performed in BBC NI radio plays Student Stories, The Hill Bachelors and The Commitments.

Since 2012, Damien has also given voice to short stories and poems for WordTheatre, including the award nominated poems War Reporter by Dan O’Brien and The Coal Jetty by Sinéad Morrissey at The 2013 Forward Prizes for Poetry.

Listen to a recording of Damien’s readings below.

Damien also famously quoted from a poet when he portrayed over 500 year old vampire Hal in supernatural comedy-drama Being Human – but on that occasion it was from a letter by the English Romantic poet John Keats.

As a BBC Radio 4 devotee, we cannot help but think that Hal would have been an avid listener of Poetry Please, and we look forward to joining him for this special show – and to hearing the works of one of the greatest Irish poets in Damien’s authentic Irish accent.

Damien Molony joins cast for radio version of The Commitments