Check them out below, click on the links for more info on each project.

If You Don’t Let Us Dream, We Won’t Let You Sleep, by Anders Lustgarten
Damien played Workman/Jason/Ray
The Royal Court Theatre, 15 Feb – 9 March

The Body Of An American, by Dan O’Brien
Damien played Dan O’Brien and various
The Gate Theatre 16 January – 8 February and the Royal & Derngate 27 February – 8 March 2014

The Hard Problem, by Tom Stoppard
Damien is playing Spike
The National Theatre 21 January – 27 May 2015 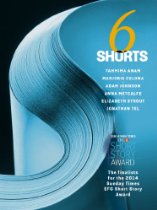 The Collected Poems of W.B. Yeats
Damien was the actor reader on BBC Radio 4 ‘Poetry Please’
‘Yeats special’ 31 August 2014 reading He Wishes For The Cloths Of Heaven, The Host of the Air, Easter 1916, An Irish Airman Forsees His Death, The Wild Swans at Coole and Extract from Under Ben Bulben. ‘Bubble and Squeak’ 5 February 2015 reading ‘Sailing to Byzantium’

All of the above publications can be purchased via our Amazon shop.
(a small portion of proceeds goes to us and helps towards damienmolony.org and ww.damienmolonyforum.com running costs.)

← First look at Damien Molony in ‘TIGER RAID’ plus 10 things we know about the film so far
Casting News: Damien Molony joins Eddie Izzard in HBO’s ‘The Devil You Know’ →