RTÉ have released new Clean Break video cast interviews and a thrilling new preview trailer ahead of the Irish drama’s premiere this Sunday.

Described as the new Love/Hate, Clean Break is an “exciting and scary” crime drama based on a Tiger kidnapping that goes wrong. In the interviews, Damien, alongside co-star Kelly Thornton, gives us more of an insight into what to expect and reveals some exclusive juicy info on his character Danny. Click below to watch.

Our fave actor also previously teased exciting character clues in an interview with the journal.ie, helping us build a compelling picture of Danny Dempsey.

So what do we know about Danny so far?

Danny had a successful career as a boxer in the past but something happened and that all changed.

He was a boxer who got really, really close to qualifying for the olympics and then something happened and he got banned. While he is still, in the kids eyes in the village, something of a legend when he walks around the place, he is disgraced, essentially.”

Update: New info! Spoiler alert: hover over whitespace below to reveal or avoid!

“Danny Dempsey, the young buck in the town who seduces Frank’s tearaway, 17-year-old daughter and gets roped into the tiger kidnapping because of his mounting casino debts, trains the kids at the club.” source

But Danny is not a ‘baddie’, rather a “good guy thrown into the wrong circumstances” and when he is faced with a choice “he is extremely tempted by the proposition.” 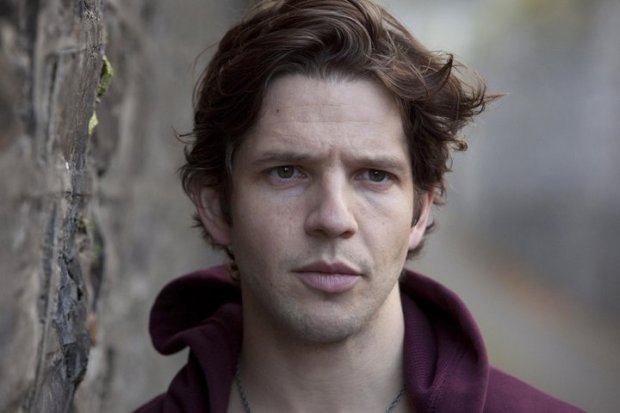 Having played over 500-year-old vampire Hal Yorke in Being Human and ‘man of secrets’ DC Albert Flight in Ripper Street, Damien is no stranger to portraying tormented, conflicted characters. It sounds like we’re going to be treated to his unique talent in portraying nuance and multi-dimensions in another angst-ridden character, when he brings Danny to the screen in Clean Break on Sunday.

I love playing very troubled, tormented characters who have a huge amount at stake and have to make a tough decision and are constantly wanting to care for people but are being forced to do things against their will.”

Love story, but not as we know it?

Our first glimpse of Danny in action in a previous trailer saw him in a romantic exchange with Kelly Thornton’s character (Corrina) on a stairwell. However, even that tiny glimpse suggests that the ‘love story’ element in Danny’s personal drama may not be angst-free either.

All new and all Irish

Not only will Sunday see Damien in a new TV drama, but in his first all Irish drama, shot and set in Ireland with an Irish writer and all Irish cast. A thrilling new teaser trailer for the opening episode gives us our first, if all too brief, taste of some Danny Dempsey dialogue – and a delicious Irish accent. Check it out below.

For more Clean Break info, visit the RTÉ One Website

Will you be watching Clean Break on Sunday? Come and share your reactions here!