‘This generation’s American Psycho’ Kill Your Friends finally has a US release date and a brand new trailer.

The wait is almost over for American fans – Damien can soon be seen on the big screen in Kill Your Friends when it opens in cinemas on 1 April in the US, with a VOD release on the same day.

The news comes with brand new attention grabbing extended trailer and poster from Well Go USA. Check both out below. 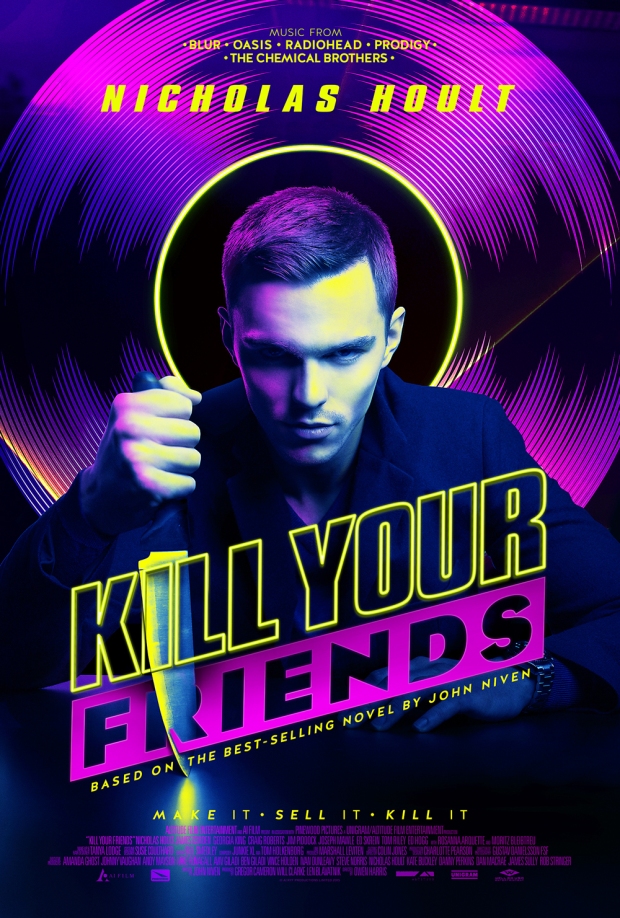 The film had its North American premiere at the Toronto International Film Festival and screened at the Mill Valley Film Festival in California last year, but now the wider US audience get to enjoy the film adaptation of John Niven’s satire of the music industry set in the late 1990s.

KYF is set for a DVD release (Region 2) 4 April and iTunes download in the UK and USA, dates to be confirmed.

Have you seen Kill Your Friends? Come and share your reactions and vote in the poll here

← ‘CRASHING’ finale review: We laughed, we gasped, we gave a fork – but how did it all end?
Damien Molony “a stealth hit on British television” – Interview with Irish Independent (the unedited version) →