An epic brand new official Tiger Raid website has been launched ahead of the film’s UK release.

With Tiger Raid coming soon in the UK and on DVD, the filmmakers have unleashed tigerraid.com, and it is crammed with exclusive and as yet unseen goodies.

We have already had a taste of the film with the trailer, clip, promo photos and more, but the new site is a gift-filled Tiger Raid treasure trove.

Below is just a tiny selection of our faves!

The first video interviews are here! Watch Damien, Brian Gleeson and the filmmakers talk about the film, share their insights and reveal more about their characters by clicking below.

New production notes are also a goldmine of new info on the film, and include even more from Damien on his character Paddy:

“My character Paddy is arrogant, naive, and entirely convinced about his superiority in every aspect of life. He is the young pretender in the relationship with Joe, who is much more world weary, much more grizzly. He’s all about the mission, until an Achilles heel emerges, and once Joe spots that he takes full advantage of it.

When I read the script I understood where he was coming from and I understood the rivalry between him and Joe very quickly. It came across immediately and there was a kind of cocksureness to Paddy that I liked, a kind of aggressive arrogance.”

“I was attracted to Paddy because of this intrigue as to what’s happened before we open in the desert. Where has he come from, why is he the way he is, what has happened to him to make him jumpy and wired?”

Behind The Scenes Photos 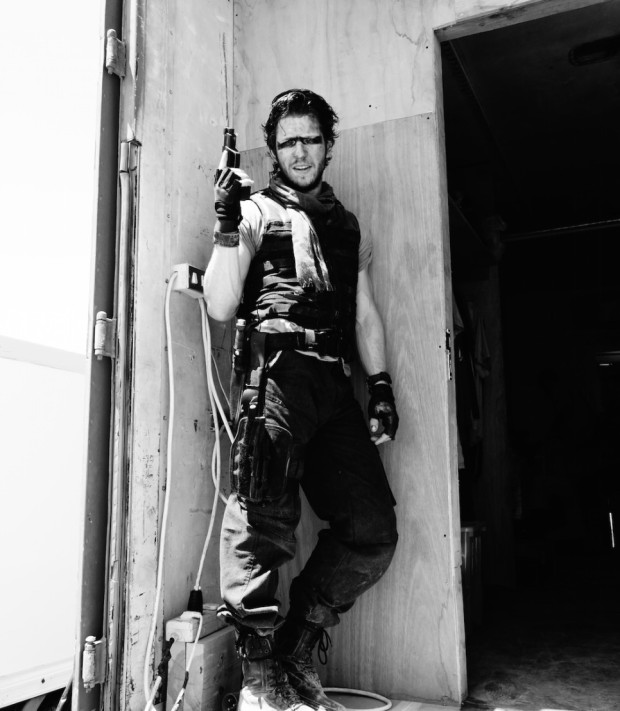 The treats continue with a couple of new Damien behind the scenes photos, including the striking black and white one above.

Check them all out here.

We’ve already seen some of the impressive Tiger Raid poster designs, but the new site presents even more incredible alternate posters, like the one above. 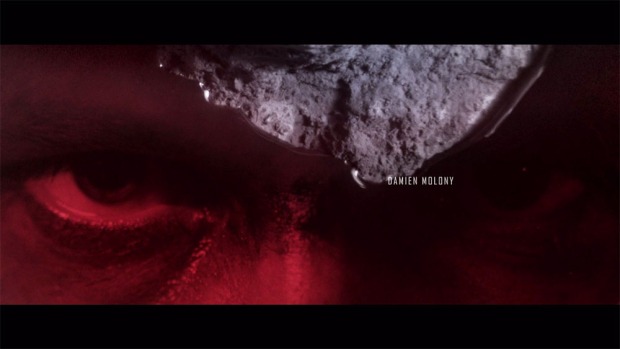 More incredible imagery is on display in a new video of the film’s entire closing titles, evocative of the dark tone of the movie. It’s a must-watch powerful three-minute sequence, set to an atmospheric soundtrack.

Talking of the film soundtrack, the new website also shares excerpts from the Tiger Raid score, by composer Dean Valentine.

The above are just a taste from feast of gifts on offer on the new website. With new clips, character improv videos, a rehearsal edit and more available soon, be sure to explore and check in regularly with tigerraid.com in the coming days!

Are you excited to see Damien in Tiger Raid? Join the conversation with other fans at the forum, here!

Keep up to date with the latest Tiger Raid news via the official Twitter page @TigerRaidFilm.