Damien attended the 2016 UK Theatre Awards at The Guildhall in London Sunday afternoon, where he also appeared on stage as a presenter. 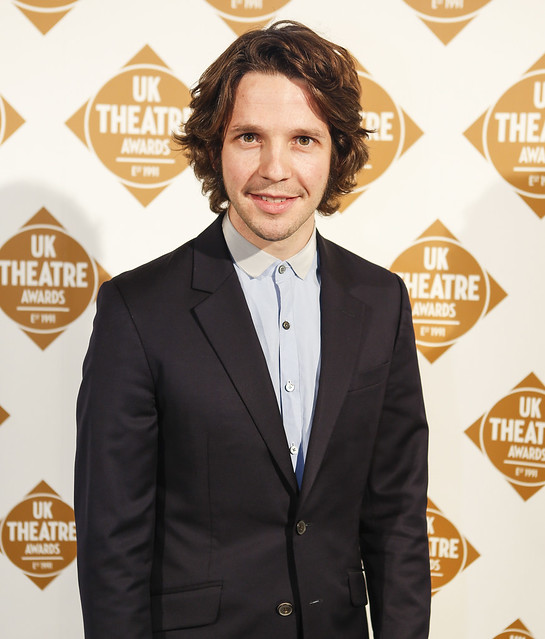 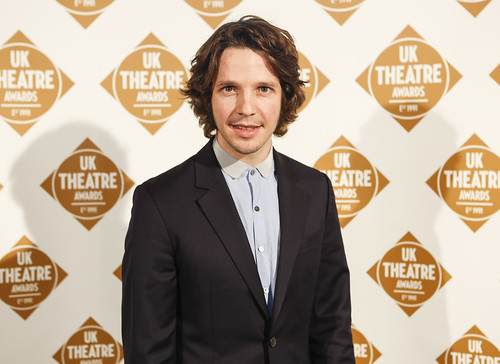 Looking sharp and smiley dressed in a navy blue suit, and with the longer hair and sideburns of his character Foster – who he is currently playing in No Man’s Land – he presented Diane Belding from the Liverpool Empire Theatre with the Theatre Manager Of The Year Award. 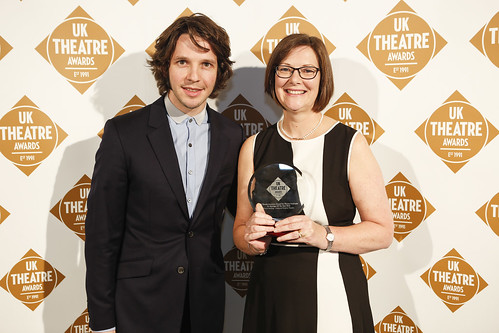 Sir Ian McKellen, who Damien appears with in the play, alongside Sir Patrick Stewart and Owen Teale, was also honoured at the ceremony, where he received the award for Outstanding Contribution To British Theatre.

No Man’s Land is showing in London at Wyndham’s Theatre until 17 December, with an international NT Live cinema broadcast 15 December.

We would not be at all surprised if our fave acting talent, whose star has continued to rise and rise, was picking up his very own award soon!