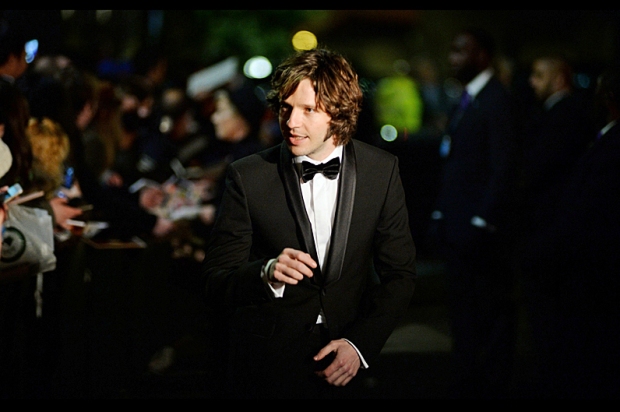 No Man’s Land has won ‘Best Revival’ at the 2016 Evening Standard Theatre Awards and Damien was in attendence.

The 62nd London Evening Standard Theatre Awards, recognising excellence from across the world of theatre and beyond, took place at the Old Vic Theatre in London last night.

Attending #ESTheatreAwards this evening with the #NoMansLand team. A wonderful celebration of theatre https://t.co/iDlpnXiERj

Currently running at Wyndham’s Theatre in London, No Man’s Land won the best revival award in the face of tough competition and was up against three National Theatre productions in the shortlisted nominations: Les Blancs, Ma Rainey’s Black Bottom and Young Chekhov: Platonov, Ivanov and The Seagull.

Director Sean Mathias is accepting the award for best revival for No Man's Land #ESTheatreAwards https://t.co/SnaEBkawbD

Our fave actor took to the stage at the star-studded ceremony to receive the award with Sir Ian McKellen, Sir Patrick Stewart, Owen Teale and Director Sean Mathias.

Dressed in smart suit and dicky bow at the glamorous black tie event, Damien was photographed in esteemed company in front of the winners boards below, with the No Man’s Land team and Sir Michael Gambon and Dame Eileen Atkins who presented the award.

Congratulations to Damien and the whole No Man’s Land cast and company on their much deserved place amongst the winners in this year’s awards!

No Man’s Land has also been nominated for a total of seven awards at the 2016 BroadwayWorld UK Awards, including Damien for Best Supporting Actor. (vote now!)

Limited tickets are still available to see Damien in No Man’s Land at Wyndham’s Theatre – Don’t miss out – Visit the official website to buy yours now!

Tickets for the No Man’s Land NT Live broadcast and encore screenings are on sale now in cinemas. Tickets are selling out quickly – visit the NT Live Website to buy yours now!

With thanks to Bernd Talash for kind permission to share his photo.