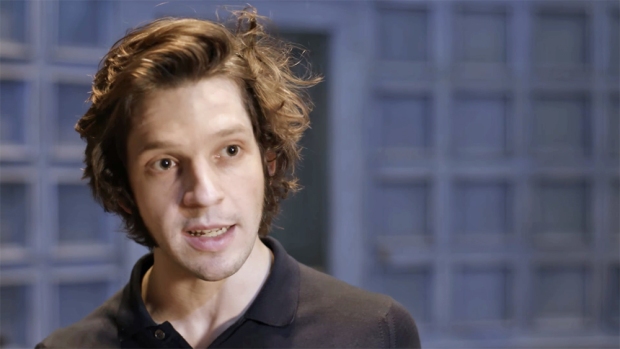 The brand new behind the scenes exclusives have been shared by National Theatre Live ahead of the play’s international cinema broadcast on 15 December.

The four thesps have been performing in the absurdist Harold Pinter masterpiece in the UK since August and it is a huge treat to hear their insights into No Man’s Land and the playwright.

In Damien and Owen Teale’s interview, our fave actor shares his thoughts on the nuances of the absurdist play, with a perceptive comment on one interpretation of the play’s title.
“I think there was a mischievous side to Harold Pinter in hoping that the play would out the audience in a sort of ‘No Man’s Land’.”

The two knights of Theatreland, Sir Ian McKellen and Sir Patrick Stewart also share their experiences with Harold Pinter’s work, with Patrick Stewart revealing how a special bond has formed between all of the actors: “The relationship the four of us have on stage and off stage is as if we’ve been together for fifty years.”

Running at Wyndham’s Theatre in London until 17 December, No Man’s Land has just won the best revival award at the 2016 London Evening Standard Theatre Awards and has been nominated for a host of awards at the 2016 BroadwayWorld UK Awards, including Damien for Best Supporting Actor. (vote now!)

Rehearsals for the live broadcast via National Theatre Live have already begun, with Damien sharing the photo below.

First #NTLive rehearsal about to begin at #Wyndhams #NoMansLand

Have you bought your tickets yet?

No Man’s Land broadcasts in cinema venues worldwide with National Theatre Live on 15 December, tickets are selling out fast – visit the NT Live Website to buy yours now!