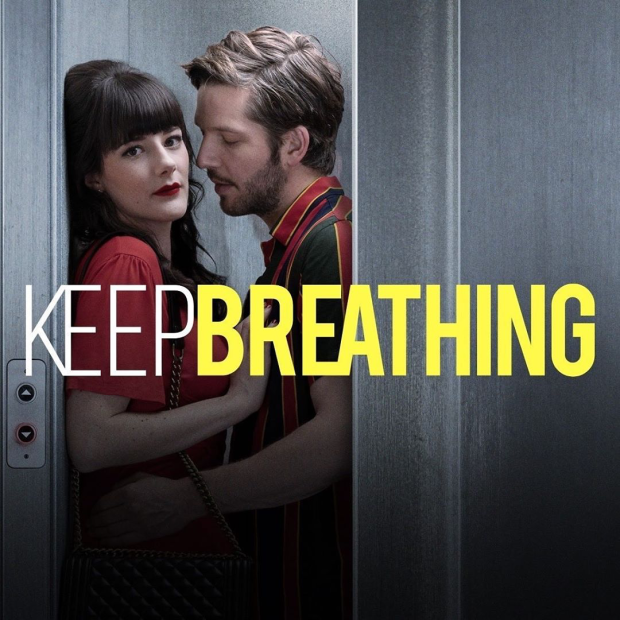 It has been selected to screen as part of the festival’s Boundaries programme, which includes films that “question what is permissible and how we respond to situations of manipulation and abuse. Have the rules around our individual limits shifted and how do we navigate through what is unacceptable?”

Created in the light of the #MeToo movement, Keep Breathing explores the themes of sexual consent. Damien stars opposite creator Emmeline Hartley, with Mark Corden directing. Director of Photography, Beatriz Delgado Mena, has also been nominated for Best Cinematpgraphy at the festival.

Meanwhile, the filmmakers have been keeping us updated with lots of wonderful treats, including behind-the-scenes photos and videos, film photos and stills. Here are just a selection below.

Slightly delayed, but the creators of Keep Breathing are thrilled to formally announce the cast line up! Damien Molony, star of hit shows such as 'Being Human' and 'Ripper Street', is joined by rising new talent Emmeline Hartley as the unlucky duo trapped in a lift and forced to confront their past behaviour. Director Mark Corden said, "It was incredible to work with two such talented artists who really gave their all over four tough but rewarding filming days. They created nuanced characters who jump out at from the screen and demand your attention." Go team! Photo credit: Geoffrey Shek

Big happy throwback to two whole months ago! Where has the time gone? We have a little team going out to film some pickups tomorrow and some exciting meetings and movements next week. We’ll be on track for completion real soon 🎉 Photo credit: Geoffrey Shek

Most recently revealed is the stunning new Keep Breathing poster, with the clever tagline “trapped between two stories”, designed by Grant Kempster with photography by Roberto Vivancos.

Keep Breathing also featured in a video piece in The Guardian on how an Intimacy Coordinator works with actors on set during sex scenes. Damien is interviewed and the video shows some of the process of filming more intimate scenes.

Huge congrats to the whole Keep Breathing team on the film’s premiere, we hope it is the first of many film festival screenings in months to come.For all the latest, be sure to follow the official pages on Instagram, Facebook and Twitter.