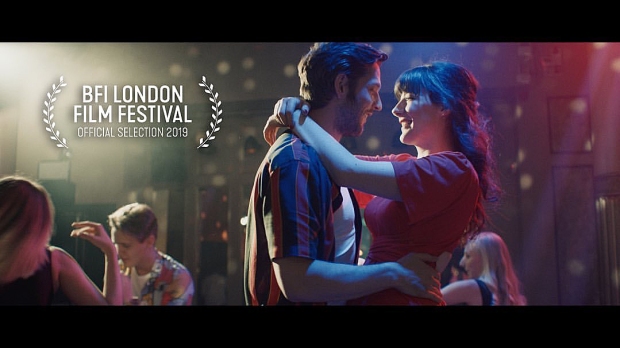 It will have two screenings in London during the festival:
8.40pm Friday 4 October at the Tottenham Court Road Odeon
12.20pm Sunday 6 October at the Cine Lumiere

Tickets for both go on sale 10am 12 September on the BFI website, earlier for BFI members.

We are so unbelievably excited to announce that ‘Keep Breathing’ has been selected for BFI London Film Festival. It will be screening at the Odeon (Tottenham Court Road) on 4th Oct at 20:40, and Cine Lumiere on 6th Oct at 12:20. Tickets go on sale on 12th Sept, hopefully see some of you there! 😍

It will be screening as part of the In An Age Of Consent programme, with six other films exploring the theme of intimacy and consent, Spring Fever, Duck Daze, Rehearsal, The Stroker, Watermelon Juice and Online.

Intimacy is defined by a consensual physicality evident in romantic love, sexual activity, a beautiful friendship and random intimate moments with passing strangers. That line of consent is interrogated in the films here, holding up a magnifying glass to every intimate moment from a misplaced hand to the power dynamics of a sexual situation to the re-contextualisation of a past narrative.”

Ahead of the BFI screenings, the film has its premiere at the Underwire Festival as part of the Boundaries programme:
6.45pm Wednesday 18 September at the Castle Cinema in Hackney.

Tickets are still available for the premiere via the Underwire Festival website.

A powerful new Keep Breathing trailer has also been released, giving us a first glimpse of the film directed by Mark Corden and starring Emmeline Hartley and Damien in the leading roles. Both characters are deliberately unnamed, with the intention that the events portrayed could happen to anyone.

Take a look below.

Keep Breathing was created in light of the #MeToo movement and is an important, relevant and timely film. The filmmakers also hope it will reach an even wider audience through educational settings and it is the perfect fit – what better way to bring awareness to and encourage a continuing discussion on the issue of consent, than through the medium of film.

Congratulations to the whole Keep Breathing team, we hope the film festival screenings are the first of many and wish the filmmakers every success in fulfilling their vision!