Damien has shared secrets from the set of Brassic 3 and revealed what’s in store for his character in the upcoming series, in an exclusive new in depth interview with BT.com.

Giving fun insights into his time filming for the series, driving scenes, night shoots in the rain and a certain scene involving bull semen all get a mention.

He discusses being with his family during the long shoot in Manchester, which took place during the pandemic, and how he appreciates the fans of the show. 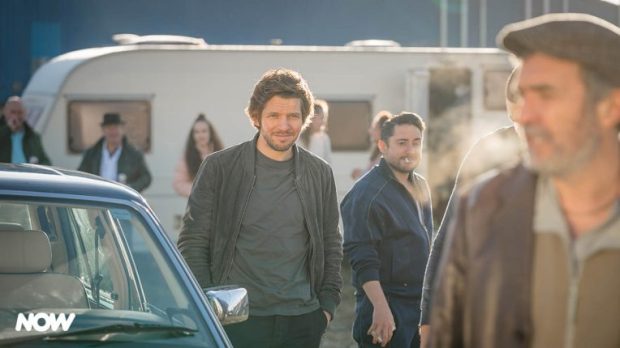 Talking about his character, Damien reveals that we will find Dylan in a darker place in Brassic 3, that in this series he is central to the show’s theme of mental health and how proud he is that the show continues to addresses male mental health issues.

“Joe Gilgun, the show’s creator, would be the first person to stick his hand up and say he has struggled with his mental health. So it was really great to bounce off Joe for a lot of that – calling him before we started filming and then on a day-to-day basis we would monitor it together,” Damien said.

“I think what’s so great about Brassic is regardless of how much of a mess that Dylan is in and how much of a dark place you know he’s in. He hasn’t really recovered from from the bombshell in series one, that Michelle Keegan’s character Erin has got rid of their baby. But he has these great mates to try and shake him out of it and to pull him out of it.

“That’s what Brassic is and always has been about. I think his relationship with Vinnie goes from strength to strength as a result. There’s a new-found respect. Normally it’s Dylan checking up on Vinnie. But very much so in series three it’s Vinnie checking up on Dylan.”

The interview comes ahead of the third series of the sky comedy drama, which premieres 6 October on Sky Max with all episodes available via Sky and Now TV in the UK and Ireland.

Watch this space for all the news as we get it!