Dynamite and a Woman 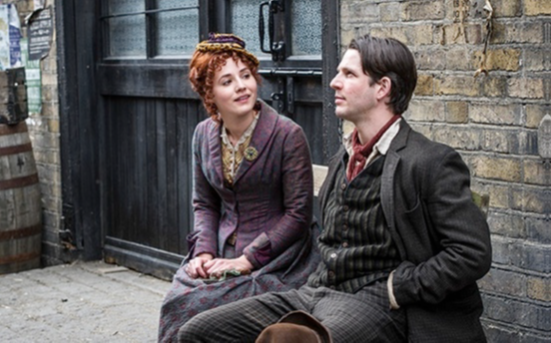 After over 20 years in Newgate Gaol, the Irish dynamiter, Aiden Galvin, is sprung from his prison wagon’s journey through Whitechapel.

Barely a day later he has exploded a device beneath the bed of the prominent MP Cecil Knightly, a vociferous opponent of The Home Rule movement. Despite their outward protestations of peace, Chief Inspector Abberline is convinced that the Irish Republican Brotherhood is once more about its work and orders Reid to send the Irish DC Flight undercover into Whitechapel’s Irish community.

As Flight draws closer to the beautiful young woman, Evelyn, who is believed to be Galvin’s daughter, so Jackson’s forensic investigation into the explosive device itself leads Reid to examine its victim, Knightly, in more detail.

A man of power and influence, he had positioned himself at the heart of London’s emerging energy lobby. A new power station is to be constructed within Councilor Jane Cobden’s constituency and Reid begins to wonder if, in fact, the MP’s murder has more to do with greed and corruption than it does with Irish nationalism.