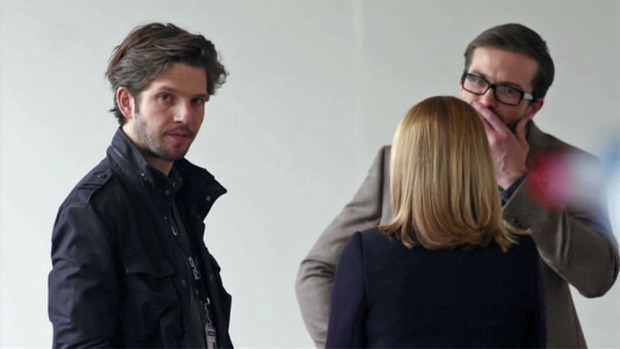 The new series opens with the return of DS Jack Weston after a period of enforced leave. DI Martha Bellamy is pleased to have Jack back, but warns him that this is his last chance.
Jack takes charge at the scene when a popular art teacher is found with life-threatening head injuries at a sixth-form college. DC Charlie Steele already knows the victim. She had been investigating Abigail Lincolnʼs complaint of stalking against the college handyman.
Harry Webster protests his innocence but he has a history of violence, having served time for killing his wife. He had reason to hate Abi, who was responsible for getting him the sack and clashes with the normally cool Charlie, who cannot help wondering whether she could have prevented the attack on Abi.
More suspects come to light when Martha sets out to discover whether Abiʼs stalker and attacker were the same person. Did besotted Dylan Kennedy, the headʼs stepson, turn violent after Abi ejected his advances? There were also rumours that Abi was about to expose a teacher for an inappropriate relationship with a pupil.
As events come to a head, Jack focuses his scrutiny on the college head Rory OʼHanlon and uncovers a trail of suspicious deaths that makes even Marthaʼs blood run cold…
Channel 5