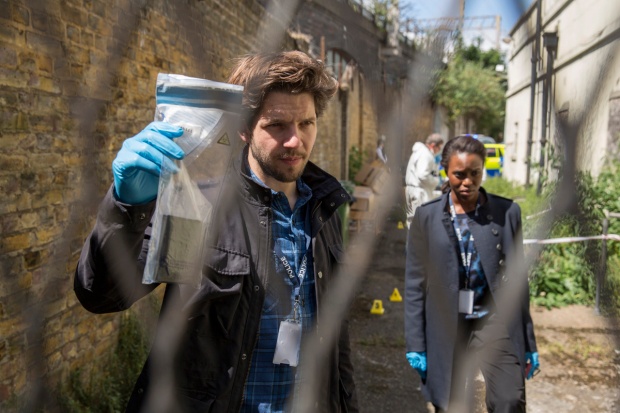 After an early release from prison due to cancer, Dean Price is beaten, stabbed and left for dead. Eight years ago, Polish immigrant Alekz Wojnar suffered an identical assault and was found in exactly the same alley where Price has just been found.

At the time, Dean admitted taking part in Alekzʼs beating, but denied administering the fatal stabbing. When he was convicted of ABH (actual bodily harm) rather than murder, the victimʼs grief-stricken family was furious. Deanʼs brother Robbie says that he warned him not to return to the area. Have the Wojnars taken the law into their own hands?

Alekzʼs father Marek comes under suspicion when Deanʼs neighbours report witnessing a ferocious quarrel between the two. Inside the house, Deanʼs kitchen floor is covered in blood, indicating that he was stabbed there and then moved.

Marek admits to seeing red when he learned that Dean had used a false identity to arrange a meeting with his daughter Kamilla. However, Kamillaʼs husband Stan was also furious when he found out and the fact that he has already washed all the familyʼs clothes from the day of the attack on Dean looks decidedly suspicious.