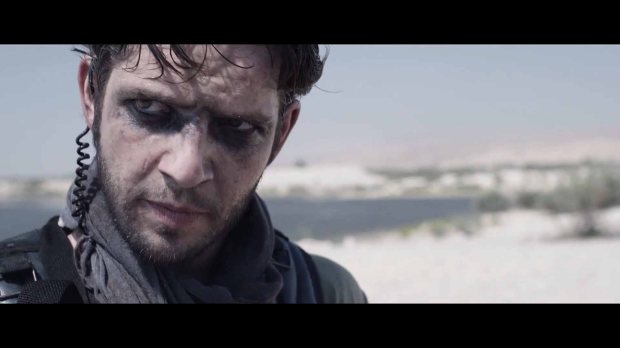 Tiger Raid Review
Edinburgh Festivals Magazine – Lidia
28 June 2016
“Gleeson and Molony elevate the film; their powerful performances, quick wit and war paint across their eyes make them formidable characters..Alongside the electric performances, the film does a great job of visually immersing the audience..”

Tiger Raid Film Review
Eye For Film – Andrew Robertson
20 June 2016
“A tense, terse two-hander, Tiger Raid is a film of a different stripe, intermittently meditative, visceral, crude, poetic, consistently bleak and beautiful, like a Romantic heath. It prowls without relent to a conclusion that is provocative, satisfying.”

Tribeca Film Festival Review: ‘TIGER RAID’ is a spectacular test of loyalty
Reel News Daily – Liz Whittemore
22 April 2016
“There is not one moment that is out of place in this film. The score has both a menacing and ethereal feel. The close-ups are delicious and meaningful. The sound design is impeccable and poignant..This vibrant and unapologetically violent ride is beyond engrossing from every angle. It will not disappoint.”
“Damien Molony shines as Paddy, a man whose emotional obsession comes between his sense of right and wrong”

Tiger Raid – Forceful, Silent, Contemplative Tribeca Pick
Universal Monsters Universe – Steven Biscotti
18 April 2016
“Brian Gleeson and Damien Molony give the characters of Joe and Paddy more dimension than of the “toy soldiers” they could have easily become in lesser hands. The ability Gleeson and Molony have to flip between relatable comradeship to the reviled depths they sometimes sink to; each revealing new shades of personality to their given characters, they never let their figurative index off of the trigger. Talk about performances worth raving over!”