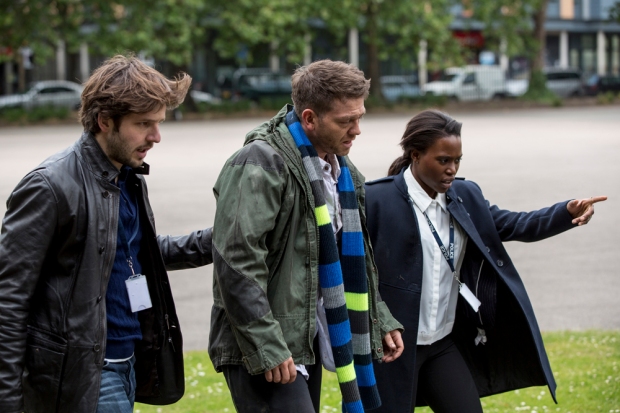 Jack becomes emotionally involved during this week’s investigation which takes the team into the dark world of child sex offenders following a brutal attack on amateur paedophile hunter Scott Freeman, who is left for dead on the canal towpath. First thoughts are that he has become the victim of one of his targets.

Jack knew Scott and also knows his daughter Rose), a violent drug addict. According to her sister Kelly, she is now using meth and had argued with their father earlier that day. Picked up in a drugs den, Rose kicks off and claims that she was raped eight years ago.

The discovery that Scott is linked to Edward and Tamsin Shaffer gives Martha cause for concern, as the couple run the dance academy attended by her own daughter, Daisy. Edward claims that he was Scott’s cameraman when he confronted paedophiles, but Jack’s instincts tell him that Shaffer is lying. However, he and his wife have alibis for the time of the assault.

Charlie gives the team a new lead, identifying Dr Philip Cleaving as both Rose’s rapist and the man whom Scott confronted on the towpath. There is also evidence to suggest that he is a prolific sex offender. Cleaving admits to the rapes, but denies attacking Scott and refuses to implicate anyone else in his crimes.

Jack is convinced that Shaffer is the paedophile ringleader and that he raped Rose and attacked Scott to cover his crimes, but is unable to prove it. When a formal complaint is made against him and Martha is forced to bail Shaffer due to lack of evidence, he is incandescent with rage – but how far will Jack go to get justice?