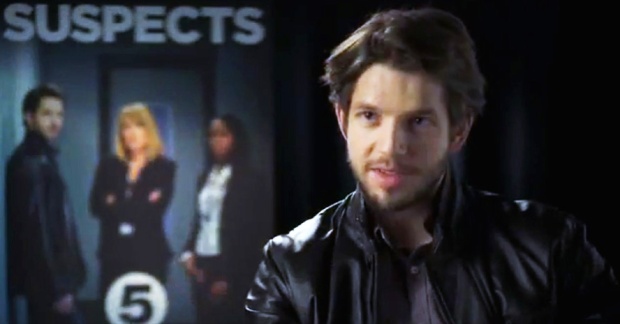 The cop show debuts next week and promises a unique format for drama, including documentary style filming techniques and the actors improvising their own dialogue based on a detailed plot description.

The interview offers an exclusive insight into the upcoming cop drama from the actors themselves:

“It’s shot in a very unconventional way, it’s shot like a fly on the wall documentary” Damien

“This is where telly crosses over between factual television and drama. the cameras folow us as they would in real life” Fay

“When you get the call saying there’s been a crime committed, or there’s a body, you’re starting to compile evidence” Fay

“Every scene that goes on, another golden nugget of information comes into us” Damien

Check out the full interview below.

With the final words from Damien ringing in our ears, we are more excited for Suspects than ever:

“It’s certainly like nothing I’ve ever seen on television before.”

Suspects will air at 10pm on Wednesday 12th February only on Channel 5.

Are you excited to see Damien back on TV in Suspects? come and tell us about it here