We’re thrilled to have our first look at Damien’s character in upcoming comedy drama Crashing in an explosive new trailer released by Channel 4.

The comedy arrives on UK TV screens 11 January 2016 and the new sneak peek gives us an introduction to the group of twenty-something adults living together as property guardians in a disused hospital.

Damien’s character Anthony features front and centre in the glimpsed scenes, which include him screaming at a crashing light fixture and sitting topless on a beach (and in an illicit lip lock) with friend Lulu, played by writer and co-star Phoebe Waller-Bridge. 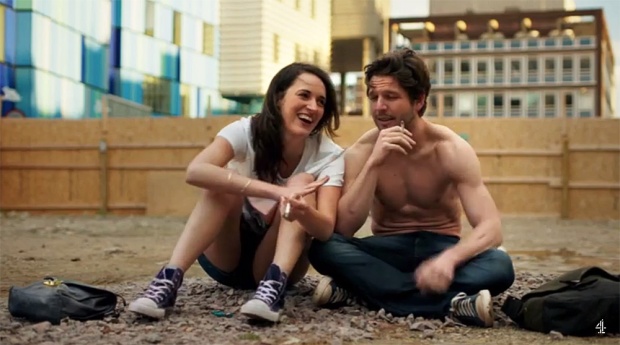 check out the trailer below.

We’re excited by this possibly the best Christmas ever, and cannot wait for Crashing, which looks set to be a brilliantly bonkers series.