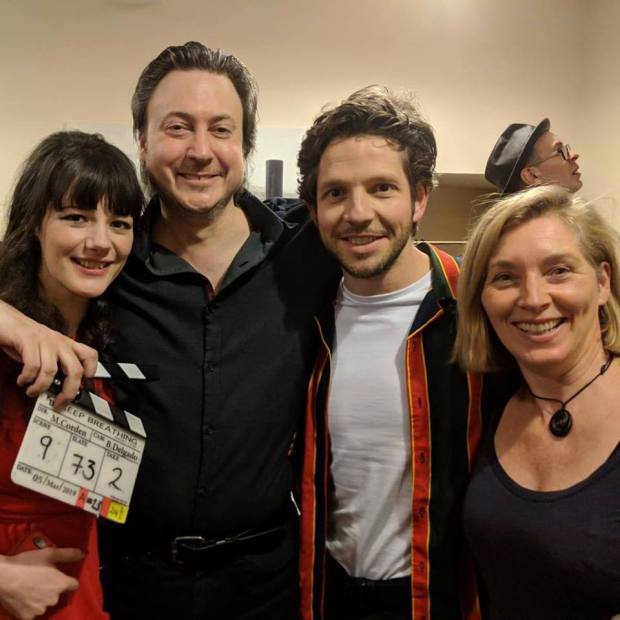 Our fave actor revealed that he would be shooting a short film in his recent interview with IFTN, but only its name, now we are excited to share more.

The crowdfunded short film is written and produced by Emmeline Hartley, who will also appear opposite Damien, directed by Mark Corden and co-written by Tommy Draper.

That’s a Wrap! This is just some of the incredible crew we’ve had over the last few days (sadly missing Geraldine, Madz, Dom, Owen, Scarlett, Joe, Ben, Geoffrey, Chris, Abbi, and all our wonderful volunteers, exec producers, partners and the brilliant extras that joined us yesterday!) Thank you so much to everyone who has made the film possible so far. The shoot has been an intense few days but everyone’s still smiling! So proud of what we’ve achieved, it’s been amazing to be surrounded by so many exceptionally talented people. ❤️

Filming has completed, after a four-day shoot in Derby from 2 – 5 March. The official Keep Breathing Instagram page shared the wonderful behind the scenes video below.

Keep Breathing aims to “explore the nuances around Sexual Consent and encourage a much-needed discussion.”

Trapped in a lift, a man and woman are forced to confront each other about the night they first met.

The new short will be submitted to film festivals and have UK screenings, as well as shared as an educational tool in schools, colleges, universities and across social media.

We are delighted that Damien is involved in such a brilliant, relevant and important project. It’s not an easy subject matter, but so important, and this film could be really instrumental in raising awareness and creating change.

Watch this space for more news as we get it!

To discuss Keep Breathing with other fans, click here!