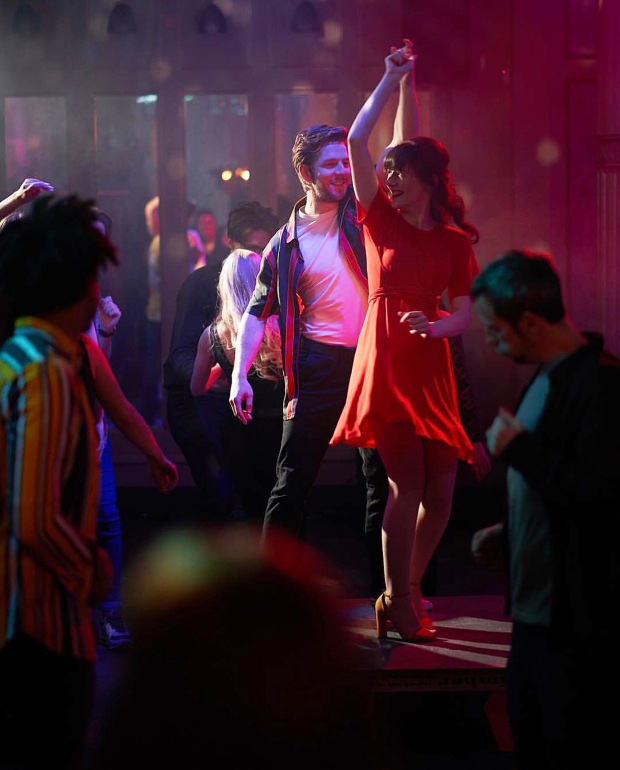 Damien has won the Best Actor In A Leading Role award for Keep Breathing at the 2020 Midlands Movies Awards!

And the winner is…

So pleased to say we won Best Short Film, Best Screenplay and Best Actor (for the brilliant @damienmolony) at the @MidlandsMovies Awards tonight! Thank you to the jury and to everyone again who was involved! We’re thrilled! pic.twitter.com/LPn905LwXt

Producer/ Co-writer Emmeline Hartley, director Mark Corden and co-writer Tommy Draper were in attendance at the ceremony to receive the awards last night.

Damien stars opposite Emmeline Hartley in the film short about a man and woman trapped in a lift, forced to confront each other about the night they first met.

The film premiered at the Underwire Festival in London in September last year and was selected for / screened at the BFI Film Festival in October.

Rumour has it may be more widely available to watch summer 2020.

Congratulations to Damien and to the team on their awards sweep!

Keep Breathing is next screening at the Beeston Film Festival, the biggest international short film festival in the Midlands, on Sunday 29 March, as the titular film in the ‘Keep Breathing’ programme. Buy tickets here!