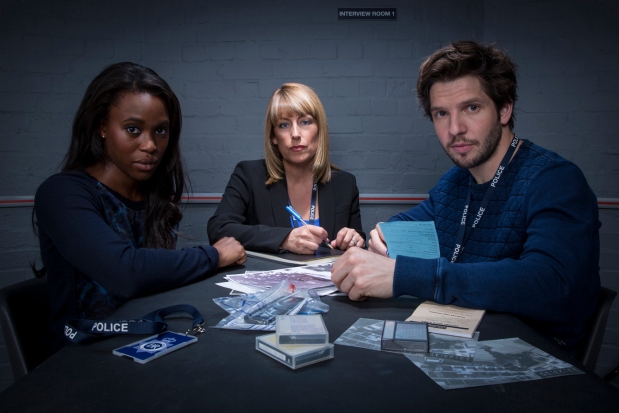 The new series opens with the return of DS Jack Weston (Damien Molony) after his period of enforced leave. DI Martha Bellamy (Fay Ripley) is pleased to have Jack back, but makes no bones about it: this is his last chance… The team is called to a sixth form college, where a popular art teacher has been found with life-threatening head injuries – who has brutally assaulted her? The plot thickens when it transpires that this teacher had previously made complaints about being stalked to DC Charlie Steele (Clare-Hope Ashitey). The usually composed Charlie is beside herself – could she have prevented this horrific crime? The pressure’s on Jack to step up to the plate as Charlie’s sergeant, and keep everyone’s focus on the case. Suspicion falls on violent and aggressive college handyman Harry Webster (Ben Peel), who went to prison for killing his wife, and who clashes with Charlie as the investigation unfolds – can she keep her cool under fire? As events come to a head, Jack focuses his scrutiny on college head teacher Rory O’Hanlon (Emmett J. Scanlan), and uncovers a trail of suspicious deaths that makes even Martha’s blood run cold…

Coming up in future episodes, the team try to get to the bottom of what has happened to a badly-burned girl who has been dumped in the Thames, and who went missing two years ago – where has she been all this time? Next, an old adversary comes back on Martha’s radar when ruthless property developer Gregor Forrester (Ray Fearon) is accused of an arson attack that leaves a young man fighting for his life – can Jack put his personal grudges aside to trap slippery Gregor once and for all? And finally, Charlie has to tread carefully when her copper’s nose tells her that a family secret is obstructing justice, as she investigates a vicious hate crime on a transgender person – she is sure that this is connected to another of her cases, a missing teenage girl – but, with parents Natalie and Andrew Granger (Lucy Gaskell and Chris Coghill) stonewalling her, can Charlie crack the case and find the girl before it’s too late?
Channel 5 Press

19 January 2015: Suspects 3 Episode 3: Will a blast from the past set off the J-Bomb? Plus exclusive preview clip!