The show also aired an exclusive clip, featuring Fay Ripley as DI Martha Bellamy telling DS Jack Weston (Damien) she is glad he is back, but that this is his last chance.

The end of Series 2 saw Jack being sent to the naughty corner and forced off duty, advised by Martha to take six weeks leave. The clip reveals Jack is back in the driving seat in series 3, but the Boss lets him know who is in charge. 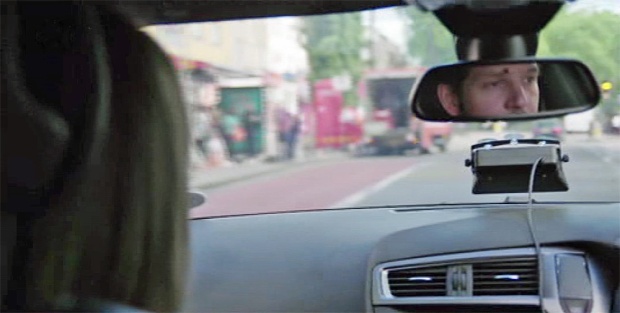 DS Jack Weston: I know I made a mistake.. thanks a million for taking me back

DI Martha Bellamy: Eyes are on you Jack, alright?

DS Jack Weston: I want you to know I’m ready to go, I’ve moved on from it, if you have

DS Jack Weston: Thanks boss. Did you miss me?

The new series will comprise four brand new episodes, airing in the new year across a two week period, Episode 1 landing on Tuesday 13 January, followed by episode 2 on Wedneday 14 January.

Series 3 synopsis is anything to go by, we are in for another gripping set of storylines, as we follow the tough new cases facing our fave detective team. We cannot wait!

Before Series 3 airs, catch up on Suspects Series 1 and 2 on Demand 5.

Suspects is series-produced by Kara Manley for Newman Street (part of FremantleMedia UK), and co-created and executive-produced by Paul Marquess for Channel 5.

JACK IS BACK! SUSPECTS Series 3 announced for January 2015 with fresh new episodes and tough new cases

Suspects 2: How far will Jack go to get justice? darker and deeper two-part series finale