Guest actors who will appear in cases investigated by the detective team include: 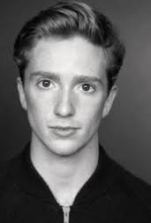 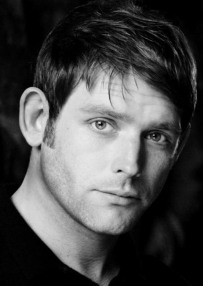 With filming for series 2 and 3 well underway, the impressively star-studded new cast took to Twitter to confirm their guest roles and comment on their experiences working with the three leads and creators of the show.

Former Emmerdale villain Dominic Power made his casting known when he thanked Katie Jarvis for playing his “appropriate adult” in his filmed episode of Suspects.


Thanks to the awesome Katie Jarvis for being my "appropriate adult" this week. X🔨 #suspects http://t.co/o4R9pbaluU

Newman Street Producer Kara Manley tweeted us a sneak peek of Damien as Jack Weston interviewing Dominic Power’s character, indicating he will be playing a suspect in the show.

On completing filming, In The Flesh actor Luke Newberry revealed he will also be appearing alongside the three leads when he complimented them as “top cops”.

Kara Manley shared a behind the scenes photo of Luke and Damien, showing Luke in the all grey costume worn by suspects in the show, suggesting he will be another candidate for Jack Weston in the interview room.


#Suspects #InTheFlesh - rare moment of down time in the production office sees a vampire and a zombie chilling... http://t.co/5u0N1nA0k4

Clare Cooper, who made a dramatic exit from a 6 year role in Channel 4’s Hollyoaks as Jacqui McQueen last year, also confirmed her casting via her twitter page.

Jody Latham, who played Lip Gallagher in Channel 4 drama Shameless and appeared in BBC soap Eastenders, tweeted about his Suspects guest role too, his comment also revealing fellow actor Chris Coghill, known best for his portrayal of Tony King in Eastenders and a short role in Shameless, had also been filming for the show.

Lucy Gaskell, who played Kirsty Clements in BBC One’s Casualty and also had roles in supernatural dramas Being Human and Misfits will also be appearing.

Had a brilliant time working on #suspects @channel5_tv . Amazing cast and crew x

**Update**
The latest guest actor to announce his casting in the show is Emmett Scanlan, best known for playing Hollyoaks bad boy Brendan Brady, but also appearing in The Fall and In The Flesh.

With a super-cast lineup of this calibre joining the fabulous three leads, we are in for a real treat in future episodes of Suspects and excitedly anticipate Series 2 and 3!

With huge thanks to the cast and production team for keeping us up to date.

Watch this space for filming and behind the scenes news as it happens.

Suspects is produced by Newman Street (part of FremantleMedia UK) for Channel 5 and returns in the Autumn for Series 2 and in 2015 for series 3.

Cracking the case and the Sass Factor: Suspects Episode 2 review