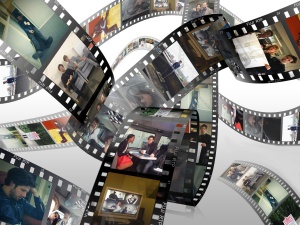 The shoot ran from 2 June – 4 July in London, during which time the cast and series producer Kara Manley shared an amazing behind-the-scenes journey via their Twitter pages, complete with glimpses of scenes from future episodes and sneak peeks of supporting cast.

We have gathered together all their fab exclusive photos direct from the set here in our gallery for you to enjoy. Check out the photos from Damien, Fay, Clare, Kara and supporting cast in our side-show and click on the thumbnails below for the original tweets.

We are hugely grateful to the cast and Kara Manley for all the brilliant behind the scenes news and photos from the Suspects set over the past 5 weeks, it has been a privilege to be part of the adventure and we cannot wait to see the final product on our TV screens!

Suspects is produced by Newman Street (part of FremantleMedia UK) for Channel 5. The new episodes, along with the remaining five (of ten) unaired episodes filmed last year, will form Series 2 (airing this Autumn) and Series 3 (announced for 2015).