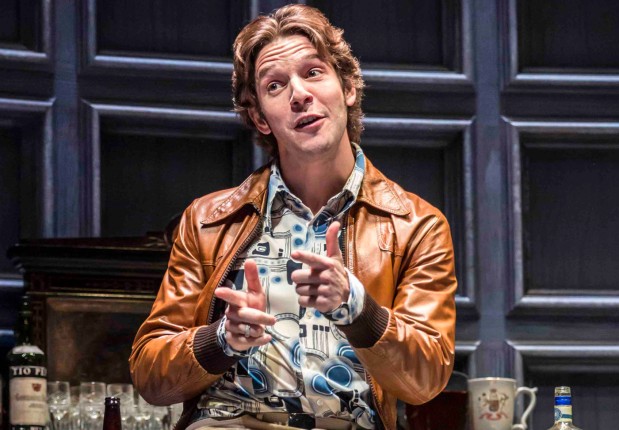 Damien has made his West End debut in No Man’s Land, now open at Wyndham’s Theatre, London.

Our fave actor’s name appears in lights alongside his co-stars, Sir Ian McKellen, Sir Patrick Stewart and Owen Teale at the theatre, where the play is showing for the next three months.

Damien shared his excitement in a short video posted on his Instagram page.

Following a UK tour in Sheffield, Newcastle, Brighton and Cardiff, he performs in the production at the famous West End venue until 17 December, a whole 41 years after it was first staged there in 1975. 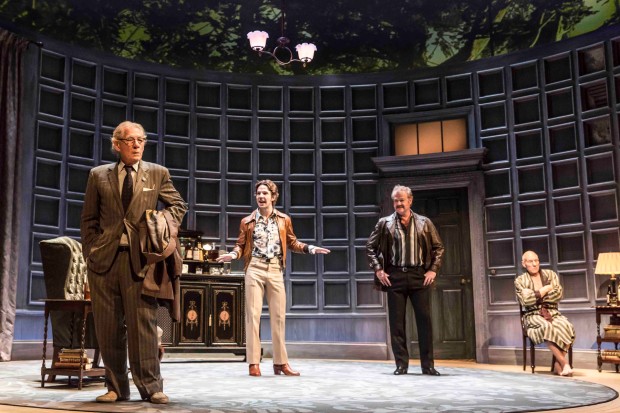 Talking to Culture Whisper in one if his first No Man’s Land interviews, Damien treats us to insights into the play and his character:

“I play Foster, the younger housekeeper of Hirst. The character is a little bit of a playboy, he thinks very highly of himself, and also of Hirst. He has this very cherished position in Hirst’s household, very comfortable.”

“Suddenly Ian McKellen’s character Spooner comes in… and my character Foster sees him as a direct threat to his position in the household, but it’s not as easy as simply kicking Spooner out because we don’t know if Spooner might be a great friend of Hirst’s, or a long-lost relative.” (Read the full interview here.)

In another interview with Theatre.London, Damien elaborates:

“Everyone wants to stay in the house…but there isn’t room for everyone. Every night in the performance you have to fight and earn your place.”

“There’s so much in this play. There’s deep sadness and huge belly laughs, real intrigue and mystery, menace and joy. They are four people who are disconnected from each other but who are in desperate need of connection.”

Praising his fellow actors, he goes on to explain why the play is a must-see:

“..any opportunity to see Ian McKellen and Patrick Stewart bring their two complex characters to life is not to be missed.” (Read the full interview here.)

This may be his first time on stage in the West End, but Damien has an impressive body of theatre work, having appeared in high profile productions at UK’s top theatres since 2012, including the National Theatre, the Royal Court and the Gate Theatre.

With his performance in his latest play already receiving glowing reviews and with national press night approaching on 20th September, the production and our fave actor are heading for even greater critical acclaim.

Tickets are still available but selling out fast, don’t miss your chance to see this ‘rare treat of four master actors in Pinter’s comic classic’. In Damien’s own words:

“When you get on stage, the audience becomes another character and that adds to the rhythm…the more and more we perform the play night after night the more I realise that it’s a masterpiece.”

The good news is the play will also broadcast live 15 December with National Theatre Live, making it more widely accessible and available to more international fans.

Whether it is on stage or on the big screen, be sure to book your tickets to see Damien in No Man’s Land today!

To see No Man’s Land at Wyndham’s Theatre, book your tickets here

For a chance to win £20 front row tickets to see No Man’s Land, enter the TodayTix lottery here

To see No Man’s Land live cinema broadcast 15 December, check for your local venues and book on the NT Live website here