Damien Molony in 2015: On stage, TV and The Big Screen

Our favourite actor will be appearing in theatre, on TV and on the big screen in 2015 and we are looking forward to his many new and exciting upcoming projects.

Here is our guide to all the Damien goodness coming this year.

Jack is back in the new year when Suspects Series 3 returns to UK TV screens 13 January, with four brand new episodes.
The end of series 2 saw tensions within the team and Jack sent to the naughty corner, will the dust have settled when he returns? In Episode 1 of the new series we will find out, when DS Jack Weston (Damien), DI Martha Bellamy (Fay Ripley) and DC Charlie Steele (Clare-Hope Ashitey) investigate an attack on an art teacher at a college. The new series also stars Emmett Scanlan, Chris Coghill, Jody Latham, Ben Peel, Lucy Gaskell, Ray Fearon, James McConville and Kathryn Drysdale. You can catch the return of Suspects on Channel 5, 10 pm Tuesday 13 January, with episode 2 Wednesday 14 January. 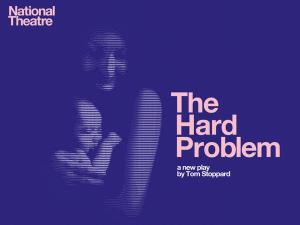 Damien is back on the stage 21 January, when The Hard Problem opens at the National Theatre until 16 April. Written by Sir Tom Stoppard and directed by Sir Nicholas Hytner, the production is already being hailed one of the unmissable art events of 2015.(1)
The play explores 'the hard problem' of consciousness (full synopsis here) and also stars Olivia Vinall, Jonathan Coy, Anthony Calf, Vera Chok, Lucy Robinson, Rosie Hilal and Parth Thakerar.
With a long 3 month run at the National’s Dorfman Theatre, fans have a wonderful opportunity to see Damien perform live in a theatre production. If you missed out on the first released tickets (which sold out in three days) keep your eye on the National Theatre website and our forum topic for further released seats. It is also good news for international audiences, The Hard Problem will be broadcast to cinemas across the world with NT Live 16 April. Check the NT Live website for showings in your area, we recommend booking well in advance. 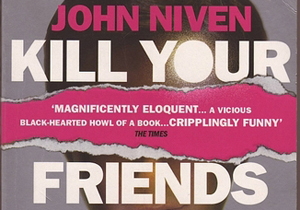 We’re thrilled that 2015 will see Damien in his first roles on the big screen.
Kill Your Friends, based on the novel by John Niven (who also penned the screenplay), is an unadulterated, no-holds-barred fictional exposé dark satirical comedy based on the music industry at the height of the Britpop era in 1997, centred around an offensive, psychopathic A&R agent Stephen Stelfox and his crew. Damien will appear as the character Ross, alongside a stellar cast including Nicholas Hoult, James Corden, Craig Roberts, Tom Riley, Joseph Mawle, Georgia King, Edward Hogg, Ella Smith, Jim Piddock, Ed Skrein and there will even be a cameo from Roseanna Arquette.
From what we know about the film, We have a feeling it is going to be one of the most talked about movies of the year. There is no official release date yet, but John Niven suggested a March release on Twitter.

Damien and Simone Kirby behind the scenes of ‘Clean Break’

Damien is bringing a new TV character to the screen in 2015, in RTÉ’s upcoming original drama Clean Break.
The series was filmed and is set in Wexford, Ireland, and “tells the tale of a community driven by love, greed, status and revenge.” Damien will appear as the character Danny Dempsey alongside Adam Fergus, Aidan McArdle, Simone Kirby, Kelly Thornton, Amybeth McNulty, Ned Dennehy, and Dermot Murphy.
Written by Billy Roche (The Eclipse), with two BAFTA-nominated/winning directors, Gillies McKinnon (Behind the Lines) and Damien O’Donnell (East is East), Clean Break promises to be a high quality, powerful drama. Filming completed December 2014, the drama had no airdate yet, but will premiere in 2015.

We cannot wait to find out more about this one and are super excited about Damien’s second feature film of 2015: Tiger Raid.
The movie has a military theme, is based in Iraq and described as “a thriller; fast paced, tense, exciting and punchy. It’s positioned to connect to broad international audiences. The film tells the story of two Irish mercenaries attempting a kidnapping in Iraq.“(2)
Writer Mick Donnellan, who based the script on his play Radio Luxembourg, said the screenplay could be compared to black comedies such as In Bruges and Seven Psychopaths. (3)
Damien plays Paddy, alongside Brian Gleeson and Sofia Boutella. The film was shot in Jordan, where he received specialist training from military experts MissonX and national boxing champion Arifa Bseiso. Filming completed September 2014 and the movie is set for a 2015 release.

We are in for an amazing Damien talent-filled year, an exciting variety of new characters, in a stunning array of new projects. Furthermore, Damien has already completed filming these projects (with the exception of The Hard Problem which is live performance) and if 2014 is anything to go by, our hard-working favourite actor may well have others lined up for 2015!

We will be reporting on all of these projects and bringing you the latest news as it happens.
Check back in soon!

Which new Damien project are you most looking forward to this year? come and tell us and vote in our poll here

JACK IS BACK! SUSPECTS Series 3 announced for January 2015 with fresh new episodes and tough new cases

‘The Hard Problem’: Further tickets released for Damien Molony at the National Theatre