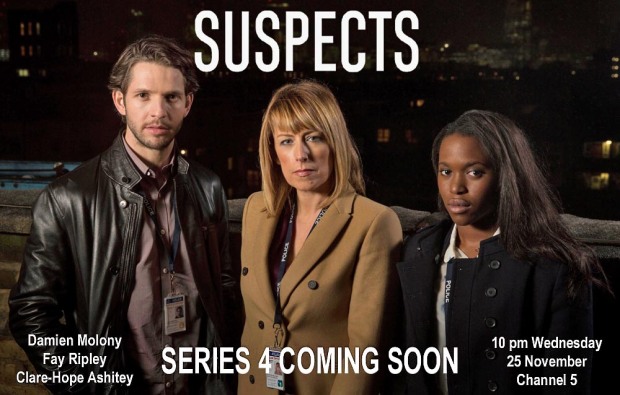 After months of excited anticipation, we have an air date for the new series of our favourite crime drama.

We suspect that you'll be very excited about this news channel5.com/shows/suspects… #Suspects https://t.co/pMRojF4JhU

Details have not yet been confirmed, but the fourth series of the critically acclaimed crime drama is expected to comprise 4 episodes.

A ‘Coming Soon’ preview for series 4 was shown at the end of Series 3 in January, giving us clues to the stories to come. 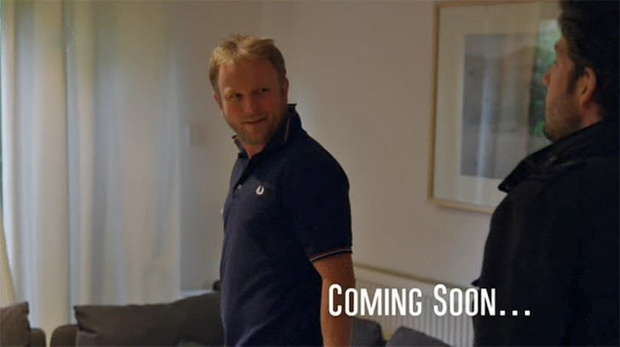 We also enjoyed a sneak peek of the new series in August, when a trailer aired on Channel 5, with the tagline “The Worst Truths Lie behind Police Lines.”

But the Suspects excitement does not end there! Damien recently shared a behind the scenes photo revealing he is currently filming for a new series, leading us to ‘suspect’ not only do we have series 4 to look forward to, but series 5 too!

Watch this space for more news as it happens.

Suspects is produced by Newman Street (part of FremantleMedia UK) for Channel 5.

Jack Is Back! Suspects Series 3 announced for January 2016 with fresh new episodes and tough new cases