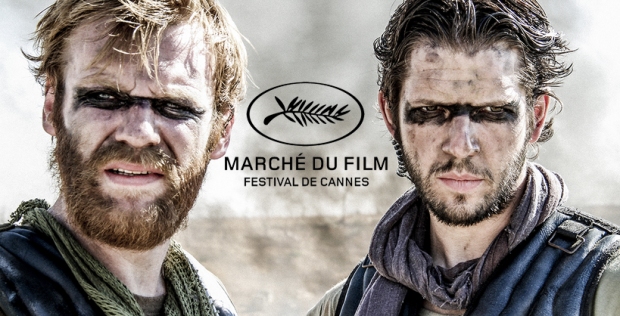 After world premiering at Tribeca Film Festival last month, Damien’s feature film Tiger Raid is heading to Cannes Film Market for a premiere screening. The 2016 edition of the world’s largest and most prestigious film market takes place 11 – 20 May.

The film is one of four on Bankside Film’s sales slate this year, which also includes Detour, Where The White Man Runs Away and War On Everyone.

Tiger Raid has two market screenings on 12 and 15 May. 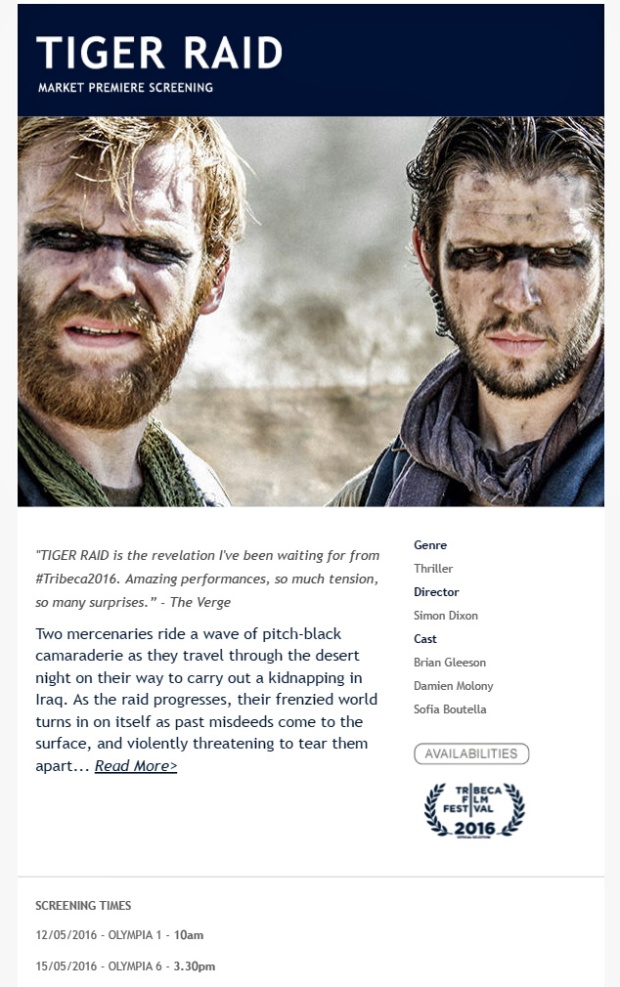 A dark thriller, featuring “two mercenaries bound together by a job, hounded by demons from their pasts and unable to face the truth of who they are”, the film stars Damien in a leading role in the film as Paddy, alongside Brian Gleeson as Joe, Sophia Boutella as Shadha and Rory Fleck-Byrne as Ruby. It is based on the Play ‘Radio Luxembourg’ by Irish writer Mick Donnellan, who co-wrote the screenplay.

Check out the intense first clip and the new official trailer below. We’re delighted the feature is screening at the world’s premiere film market and eagerly anticipate hearing news of a release date soon. Watch this space for more news as we get it!

Tiger Raid is directed by Simon Dixon, written by Simon Dixon, Gareth Coulam Evans and Mick Donnellan, produced by Story Films and Samson Films, co-financed by The Irish Film Board and Ingenious and international sales are handled by Bankside Films.