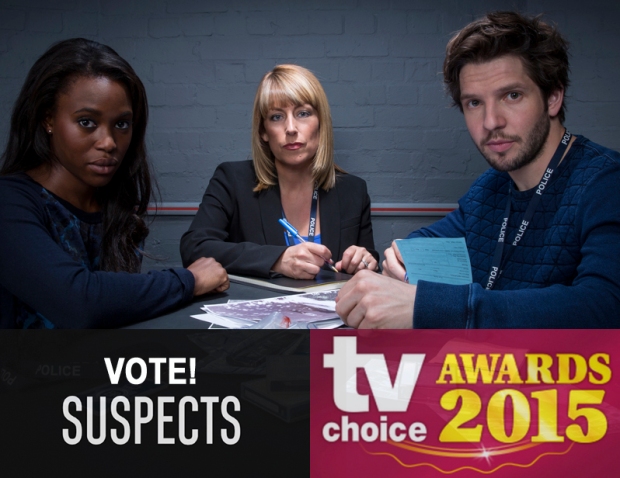 Suspects has been nominated in the 2015 TV Choice Awards.

With its bold format, fresh fly-on-the-wall filming style and dialogue improvised by the actors, Suspects is ground-breaking drama and gets our vote for elevating the police procedural and TV drama as a whole, setting it apart from all others. 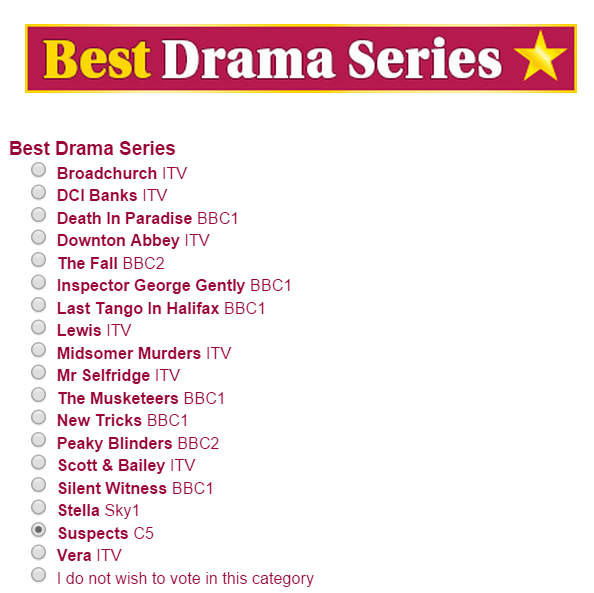 This is the second TV Choice Award nomination for our favourite cop show, last year it received a nom for Best New Drama. It was also nominated in the 2015 National Television Awards drama category and for Best Original Programme in the 2015 Broadcast Awards

Show your support for Suspects and click below to vote!

Suspects is created and produced by Paul Marquess and Kara Manley for Newman Street (part of FremantleMedia UK) for Channel 5.

Vote for Suspects and Ripper Street in 2014 TV Choice Awards.

Damien Molony heading down under – SUSPECTS to air in Australia

Jack Is Back! Suspects Series 3 announced for January 2016 with fresh new episodes and tough new cases