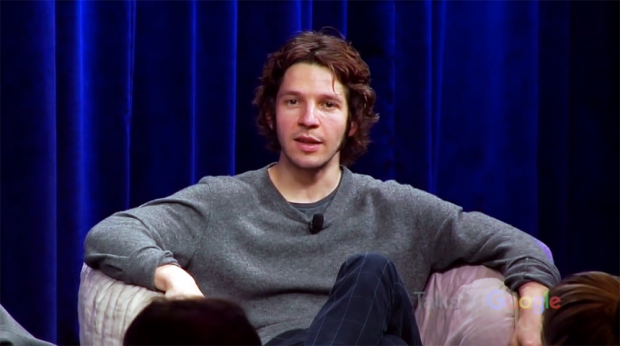 Damien has revealed all on his No Man’s Land experience in a backstage Curtain Call Theatre Podcast and Google Talk.

Appearing in the play for over four months alongside Ian McKellen, Patrick Stewart and Owen Teale, our fave actor has shared new insights in the two new interviews, released ahead of the NT Live broadcast to cinemas across the world Thursday 15 December.

The first, via Curtain Call Theatre Podcast, is an exciting chat with Damien backstage at Wyndham’s Theatre, where No Man’s Land concludes its over four-month run Saturday 17 December.

Our latest exclusive @crtncll podcast goes backstage on @NoMansLandPlay with actor @damienmolony. Have a listen… twitter.com/i/web/status/8…

At nearly fifteen minutes long, the podcast is an exclusive, with Damien speaking about the rehearsal process, his experience of working with the actors and director, his approach to his character Foster, how he prepared for the first day, and more.

It’s learning from day-to-day, at the interval, myself and Ian walk up the steps together to our dressing rooms and he says “what about that moment?” and I say “what did you think about my moment?”. We’re constantly discussing it and constantly trying to find new and exciting ways to tell this story in the way that Harold probably wanted it to be told.

There was a moment, on the first day of the rehearsals, when Sean was stood at the front of the room and everyone was looking down at the model of the set and he started to introduce people. H said “most of us have worked together before, except for Damien” [laughs] so I was like, ‘play it cool, play it cool’ .. but that was so exciting, because I didn’t expect anything from anyone and it was a blank slate for me going in.

I must have come through that door a hundred and fifty different ways and Sean would say, “that works, that doesn’t work, that’s rubbish, don’t ever do that again, that’s really good, let’s explore that further.” It was just a constantly evolving thing. I think I came on stage different on press night than I ever came on stage before, so suddenly Ian was a lot more shocked as an actor and as a character, so it feeds into that. Ian said a great thing as well, if you surprise yourself then you’ll surprise the audience and you’ll surprise everyone on stage, and that’s what people are looking for, to be surprised.

After six months of filming, I started having dreams about going back on stage and that’s when I know it’s time, not time to go back. but time to hopefully get an audition for a job! [laughs]

It’s exhilarating because it’s so exposing, that first day of rehearsals.. there’s an element of “OK, you’ve been cast, what’ve you got?” And you’re nervous to get up on your feet, and I was so nervous.. It was day one week two, and it was me and Ian in the room together with Sean the director and on Sunday night I was like, ‘I’m going to be in the rehearsal room with Ian McKellen tomorrow, I need to bring my A Game’. So I sorted my living room out into a mock of the set and I must have done ten different versions of how I might do it, just to settle my nerves, and once I had that behind me, then I knew that I could try those ten things tomorrow, and if they didn’t work I could try ten more ways.

I feel like this character has evolved so much in my head and it’s changed the way I look at certain things, because he’s a cocky f***er, and I’m not really.

Listen to the full fab podcast on Stitcher Radio below. It’s so good you’ll even forgive the name misspelling. 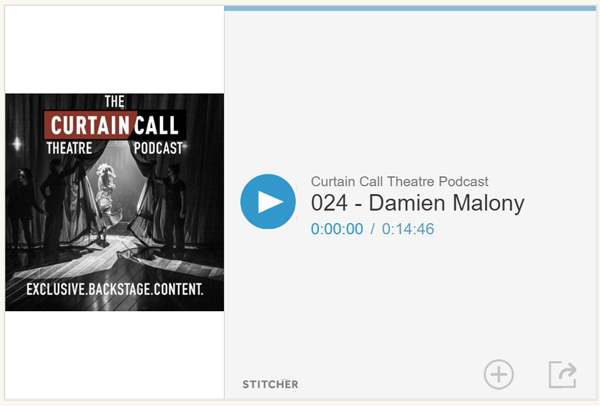 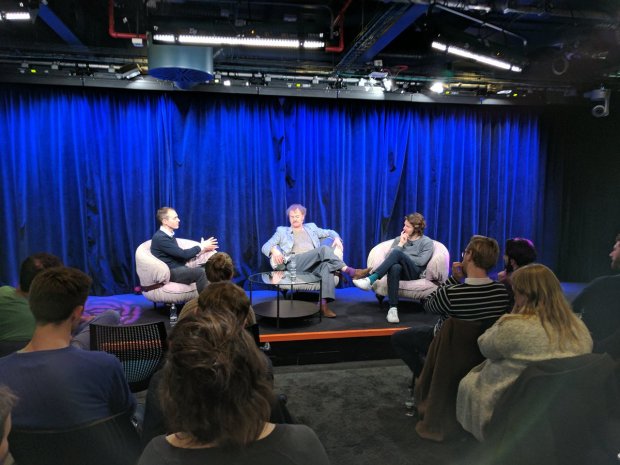 Attending the Q and A the day after the play won Best Revival at the Evening Standard Theatre Awards, the actors shared their thoughts on joining a pre-existing play and performing for NT Live instead of in front of just a theatre audience. Damien reveals more about his role prep process and Crashing and Being Human even get a mention! Watch the whole thing below via the Talks at Google YouTube page – Damien joins at the 16 minute mark.

For one night only, on Thursday 15 December, the award-winning, record-breaking No Nan’s Land broadcasts live to cinemas in over 55 countries including UK, Europe, the USA, Canada, Japan, South America and Russia.

The broadcast is followed by a Q and A with the cast and director, and for your chance to have your questions asked and answered, simply tweet @NTLive using the hashtag #AskNoMansLand or post your question to the NT Live Facebook page!

Tickets are selling out fast for the one-off live broadcast, don’t miss out on this fabulous opportunity, buy your tickets here.

Have you seen Damien in No Man’s Land? Share your reaction and vote in the poll here!

NO MAN’S LAND: LIVE in Cinemas Worldwide FOR ONE NIGHT ONLY 15 DECEMBER! Behind-The-Scenes Photos!

← NO MAN’S LAND: LIVE in Cinemas Worldwide FOR ONE NIGHT ONLY 15 DECEMBER! Behind-The-Scenes Photos!
The DMF Top 20 Molony Moments 2016 →