SUSPECTS SERIES 5 Double-Bill Finale Preview: How will it all end for ‘The Enemy Within’? 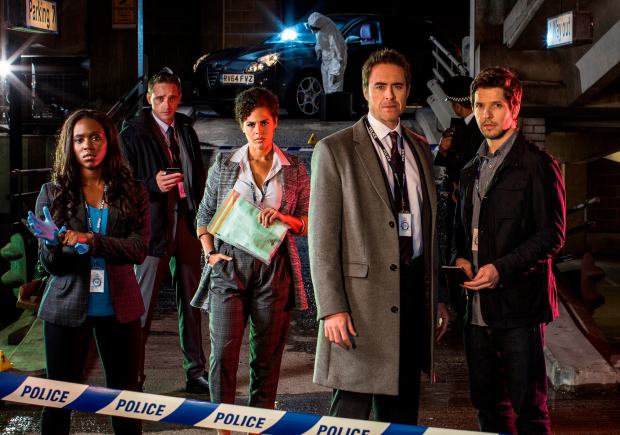 Suspects Series 5 concludes on Wednesday, with a double episode finale on Channel 5.

There are just two episodes left of the gripping and intense fifth series of Suspects.

With a new line-up and one epic storyline spreading across a longer season, the latest series has seen the show reach new heights of compelling crime drama. Alongside the central investigation into former boss Martha Bellamy’s murder, we’ve seen masterfully layered cases with cleverly linking subplots. We’ve been introduced to a corrupt new DCI (Jame Murray) with a knack for manipulating evidence and his team. Damien as Jack Weston has been a main focus, with his personal life directly connecting to the cases and affecting his work, inflaming his already passionate approach and creating tension within the team.

As the finale of ‘The Enemy Within’ nears, the big questions remain in this suspense-filled and aptly named series:

Will there be closure, and will justice finally be done, in Martha’s murder investigation?

Will Dodgy Daniel Drummond finally be exposed – and will he do the right thing in the end, or further abuse his power to save his own skin?

Will there be a clear-cut conclusion to the series and the characters’ futures, or will the series end on a cliffhanger?

Last week’s episode saw Jack struggling to sit on the sidelines, as Alisha (Lenora Crichlow) headed up the team’s investigation into the abduction of his daughter Lucy (Lucy Carless). The case led them back to Mo Jones (Neil Stuke) and Stan Turner’s (Sam Stockman) club and to the horrifying discovery that Stan has been abusing Mo’s son. When Mo threw Stan to his death in a multi-storey car park in front of DCI Drummond (James Murray), corrupt Drummond tried to convince Gary (Perry Fitzpatrick), who witnessed the event, that it was suicide. He then manipulated Jack by telling him the truth but that he has to keep the real facts secret in order to protect Lucy, making Jack complicit in the lie. The episode ended with Gary telling Charlie (Clare-Hope Ashitey) that Drummond is lying.

We will have to watch the final episodes to find out the definitive answers to our questions. But, we do know that in the upcoming double-episode finale, not only is the Martha murder case sharply back in focus, but it takes on a surprising new twist. Shocking secrets about Drummond are also revealed and with the team trying to find evidence against him, he responds according to form.

With Jack having been the victim of Drummond’s shady methods throughout the series, there is a strong sense of jeopardy for both characters as the end approaches. The team has been tested by Jack’s drama and the final episodes will reveal if it can come back together or be fractured forever.

But of course, the biggest question of all for us Damien fans is…

Will it all end well for Jack?

We’ll be watching to find out. 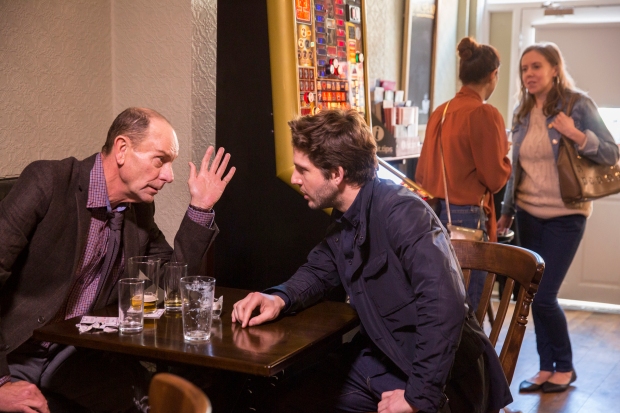 Jack finds a link to Martha’s murder and Gary makes a shocking discovery after an eight-year-old cold case is reopened.

An anonymous tip-off leads the team to the body of Sarah Kramer, a young woman who went missing eight years ago. Drummond appoints Alisha as acting DI to lead the case.

Jack breaks the news to Sarah’s father Joseph. The old man was a suspect in the original case, but Jack finds it hard to believe that he had anything to do with his daughter’s disappearance. However, he finds him a rich source of new information, including the fact that Martha had recently attended his wife’s funeral and had promised to find Sarah.

After some digging back at the station, Jack and Charlie Steele discover that Martha was reinvestigating Sarah’s case at the time of her own murder—are the two cases linked? Then Ed Goddard, the senior investigating officer at the time of Sarah’s disappearance, shows up at the station. The former detective is a renowned alcoholic and Drummond warns Gary not to listen to a word he says. Gary follows his instincts—and what Ed tells him shocks Gary and Jack to the core… 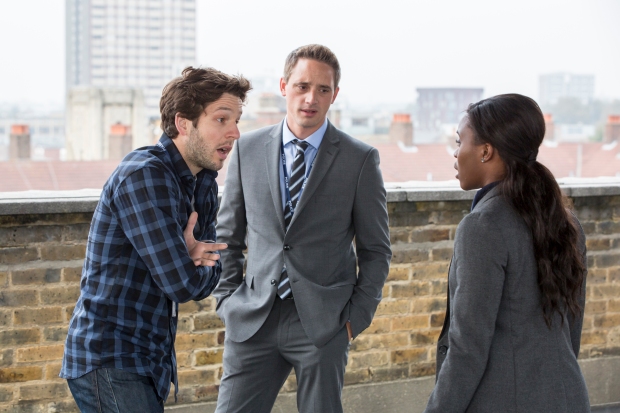 DS Alisha Brooks discovers that vital evidence in the Sarah Kramer case has gone missing. Meanwhile, the team tries to find evidence against corrupt DCI Drummond, but as the net closes in on him, he becomes increasingly desperate – and desperate men take desperate measures…

JACK IS BACK! – but has he strayed too far off track? Suspects Series 5 Episode 3 Preview

SUSPECTS Series 5: Behind the scenes with Damien Molony

JACK IS BACK: Damien Molony returns to UK TV screens in SUSPECTS SERIES 5

SUSPECTS: JACK IS BACK! WATCH the gripping new Series 5 trailer!

Channel 5 Announce the return of SUSPECTS – new cast and shocking storyline for series 5!